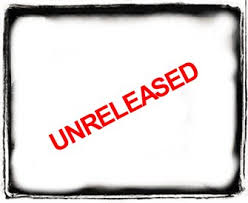 the 'unreleased' IPA diacritic. Is it supposed to mark 'no ORAL release' or 'no release at all'? I'm asking because I don't know if it is correct to use the symbol in phrases like 'look at me' [lʊk əp mi] where the bilabial (underlyingly alveolar) stop is followed by a (now homorganic) nasal and where there is no labial release but only a nasal one. What about 'at noon'?

For a plosive to have literally no release at all, the speaker would have to stop breathing, or at least discontinue the airstream mechanism underlying the production of the plosive.
In the middle (compression) stage of a plosive, air pressure builds up in the cavity behind the primary articulators. Something has to undo that pressure buildup: if not the release of the primary articulators, then either some other release (notably nasal, by lowering the soft palate) or a zeroing of the pressure (if the intercostal muscles and diaphragm creating the egressive airstream stop compressing the lungs).
That is why the diacritic [ ̚ ] is defined on the IPA chart not as “unreleased” but as “no audible release”.
The excellent Wikipedia article entitled Unreleased stop correctly says that

An unreleased stop or unreleased plosive is a plosive consonant without an audible release burst.

Why would a plosive have a release that was not audible? Usually because a new primary place of articulation takes over the task of retaining the compressed air: most typically the glottal place. When we say right at the end of an utterance we often bring in a glottal closure to reinforce an alveolar closure. When the tongue tip then ultimately separates from the alveolar ridge there is no audible “burst” (noise of release), because the air pressure is held behind the glottal closure. Then later we either produce a glottal release or, more usually, just stop pushing with the lungs. The result can correctly be transcribed [t̚ ]. (It is also possible, of course, to release the [t] normally, or to entirely replace it by a glottal articulation, [ʔ].)
In phrases such as the look at me and at noon that Václav [ˈvaːtslaf] asks about it is possible to use nasal release, i.e. to release the [p] or [t] by lowering the soft palate. In that case there will be an audible release. Daniel Jones called this “nasal plosion”, and judging by his description it appears to have been the norm in the RP of a hundred years ago. The IPA symbol is [pn, tn].
Nowadays nasal release in this phonetic environment would tend to sound a bit prissy or over-careful: in Britain we mostly either just use a glottal stop, [lʊkəʔmi, əʔnuːn], or else we render the nasal release inaudible by covering it with a glottal closure.
What do I mean by “inaudible nasal release”? This can be notated [lʊkəpʔmi, ətʔnuːn], or if you prefer [lʊkəp̚ mi, ət̚ nuːn]. Instructions for making [pʔm] (which could also be written [p̚ m]) would be:
1. As you finish making the vowel, switch off voicing and bring the lips firmly together, thereby cutting off the air escape and thus creating the first stage of the plosive (the “approach”). The air builds up in the pharynx and mouth behind the lips.
2. While the lips remain together, close the glottis. This cuts off the air pressure from the lungs, isolating the supraglottal cavities so that there is no longer much pressure differential between the oropharynx plus mouth on the one hand and the nasopharynx and outside air on the other. Air pressure remains in the subglottal tract. This is the middle stage of the plosive (the “hold” or compression stage).
3. Lower the soft palate. We don’t hear any nasal release because there is no great pressure differential involved. The oropharynx and the nasopharynx now communicate.
4. Release the glottal closure. This is the third stage of the plosive, the “release” — but it is inaudible as such. The lips are still together. As the vocal folds (= glottis) cease to be firmly closed they start to vibrate, giving voicing. Air escapes through the nose. We have [m].
You could abbreviate all this description by just referring to it as “[p] with no audible release”. 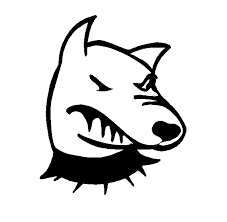 A further possibility that might be called “no audible release” is the kind of thing we get in grab bag, bad dog, big girl, where articulatorily there is just a single plosive with a long hold: narrowly [ɡræbːæɡ, bædːɒɡ, bɪɡːɜːl]. Phonologically, of course, there are two plosives involved each time, /bb, dd, ɡɡ/. The /d/ at the end of bad is literally unreleased, just as the initial /d/ in dog is “unapproached”. There is just one plosive approach, as [æ] ends, and one plosive release, as [ɒ] begins. The extra duration of the hold phase, as the primary articulators remain in position and air builds up, signals to us that this counts as two successive consonants, not one.
Posted by John Wells at 13:49