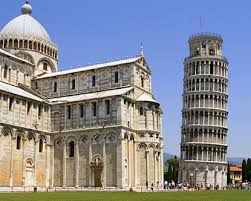 Yes, the transcription I used for Italian yesterday included length marks where appropriate for phonetically long vowels, and yes, vowel length (duration) is predictable in Italian.

The transcription I use for Italian is based on my late colleague Marguerite Chapallaz’s The Pronunciation of Italian (London: Bell & Hyman, 1979) a book long out of print but particularly suited to the practical needs of English-speaking learners.

I think it is helpful to show vowel length explicitly in transcribing Italian. One reason is that segment length is perceptually very salient in this language, making the rhythm of words and sentences sound very different from that of, say, Spanish or Greek. Compare the words for ‘hand’, spelt the same, mano, in Italian and Spanish: ˈmaːno in the first, ˈmano in the second. It does no harm at all to remind foreign learners of this characteristic of Italian at every opportunity.

The other reason is that the rule concerning vowel length is not altogether straightforward. A vowel is long in an open non-final stressed syllable. That means a vowel that is stressed and syllable-final but not word-final, the following consonant (if there is one) being initial in the next syllable. All other vowels are short. (Check out yesterday’s examples.) The matter is complicated by the fact that some consonants are pronounced double even though written single (as a single digraph), which means the preceding vowel is short, e.g. ogni ˈɔɲɲi, paglia ˈpaʎʎa.

We conventionally transcribe long (geminate) consonants by writing them twice rather than by using length marks. This is partly because they typically straddle a syllable boundary. It’s also because, unlike vowel length, consonant gemination in Italian is phonemic. My favourite minimal pair fato vs. fatto is thus transcribed ˈfaːto, ˈfatto, reminding the learner of the difference at two points. It would not be visually distinctive enough if we were to write ˈfaːto, ˈfatːo. (The same arguments apply in transcribing Finnish, where vowel and consonant length vary independently.)

But yes, it would be adequate and unambiguous to omit vowel length marks in Italian, as Italians do themselves. This reminds us that there is more than one way to transcribe any given language phonetically, even remaining strictly within IPA.