As promised in response to yesterday’s comments, here’s how I would teach the sound [ɬ], the Welsh ll as in Pontcysyllte.

This consonant is a voiceless alveolar lateral fricative. To make it you have to control the voicing (voiceless), the place of articulation (alveolar) and the manner of articulation (lateral fricative). I would teach each of these features separately, and then combine them.
To get awareness of voicing, pronounce [fvfvfv θðθðθð szszsz ʃʒʃʒʃʒ] and then [mm̥mm̥mm̥ nn̥nn̥nn̥ ll̥ll̥ll̥]. As you do so, check the voicing by covering your ears with your hands or by feeling the front of the larynx with your fingers. As you alternate between voiced and voiceless make sure that everything in the mouth remains unchanged: the only difference should be at the larynx.
Concentrate now on [ll̥ll̥ll̥]. Alveolar place should not be a problem, for native speakers of English at any rate.
(Resist any well-intentioned but misguided suggestions involving placing the tongue between or against the teeth.)
Try the English words please, plum, clear, claw. Observe that the l-sound in these words is actually devoiced, [l̥], because of the effects of aspiration. Isolate this sound (the symbol is meant to be a letter l with a ring underneath — sorry about the shortcomings of the font). It is a voiceless lateral approximant. Note how the air escapes over the side rim(s) of the tongue. (Over both sides? Or just one, and if so which?)
(Starting from English subtlety is also misguided, since this word has lateral release of the preceding alveolar plosive, which introduces an entirely unnecessary complication. Its lateral is only slightly devoiced and is not fricative. Furthermore, it is dark, which will be inappropriate for most kinds of Welsh. Welsh ll, on the other hand, is a fricative. It does not have lateral release, just lateral escape.)
Your remaining task is to change the sound from a lateral approximant to a lateral fricative. This means that you have to narrow the gap between the side rims of the tongue and the side teeth. Try to do this while saying a long [l̥]. It should change into [ɬ].
Feel the air escaping turbulently over the side of the tongue. Keeping everything else constant, change from breathing out to breathing in. Check that you can feel a cold airstream at the side (not in the centre line). Go back to breathing out.
Lastly, we need to check the place of articulation. If you have carried out the above steps successfully, the place of articulation is still alveolar. The ll sound is a single phonetic segment, and should not have any accompanying elements. There should be no element of velar friction before, during, or after the lateral fricative. There should be no central friction (s or θ) before, during or after it. The pronunciations [xɬ, θɬ], often used by non-Welsh speakers, are not acceptable.
Try the words llaw (hand), lle (place), llo (calf), llwybr (path). Then try pell (far), twll (hole). Then allan (out), and felly (thus). Like the other Welsh voiceless consonants, [ɬ] is considerably longer intervocalically than would be the case in English: but there is no change in quality.
Make sure that you can hear and make the difference between dallu (to blind) and dathlu (to celebrate).
Practise some placenames: Llangollen, Llanelli, Machynlleth. (The last one is [maˈxənɬeθ].)
If you use [ɬ] in place of English [s], you can produce a common type of lisp (lateral sigmatism). Try [ɬɪkɬ piːɬɪɮ] (six pieces).

You are now equipped to pronounce not only Welsh but also Icelandic and Zulu words with this sound. 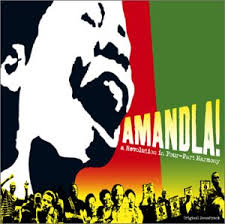 Zulu has voiceless and voiced alveolar lateral fricatives. Use your control of voicing to switch between them: [ɬɮɬɮɬɮ]. Then try -hlala [ˈɬaːla] (sit) and -dla [ɮa] (eat), not to mention amandla [aˈmaːndɮa] (power).

Lastly, do not fall foul of the “exotic sounds syndrome”. For speakers of languages that have it, [ɬ] is a perfectly ordinary sound that does not require any special effort. You, too, must use it effortlessly.
(Experts on Welsh, Icelandic and Zulu please correct me if I’m wrong anywhere.)
Posted by John Wells at 15:34