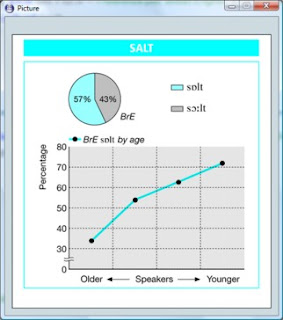 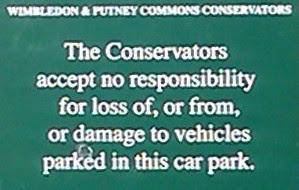 …which (that is to say, the Latin stress rule) brings us to the name Salome, borne inter alia by John the Baptist’s nemesis in gory Christian iconography. Its traditional pronunciation in English is səˈləʊmi, stressed on the penultimate and thus reflecting the long penultimate vowel and corresponding stress pattern of Latin Salōmē, from Greek Σαλώμη (where the letter omega, ω, tells you that the vowel is long).

In contemporary English, though, this is now in competition with initial-stressed ˈsæləmeɪ (which the Cambridge EPD, by the way, treats as the only American possibility, I’m not sure with what justification). The strong final vowel here may be inspired by the French version of the name, Salomé salɔme, or even the Spanish version (though in Spanish it has final stress). The initial stress can only come from applying the Latin stress rule on the mistaken assumption that the o was short.

Yesterday Jeremy Paxman had to ask a question to which the answer was Linnaeus: who wrote the Systema Naturae? But he pronounced the second word as ˈnætjʊreɪ. In Latin, of course, the u in this word is long: so the stress should be on the penultimate. Which is where we came in.

And a happy new year to all of you too!

It’s many months now since we last discussed the Latin stress rule and its consequences in English. Chomsky and Halle, in their seminal The Sound Pattern of English (1968) claimed that this rule is part of English phonology, i.e. part of what native speakers know about English. Nothing demonstrates the falsity of this claim so much as the persistent failure of educated native speakers to observe it in their pronunciation of Latin names and other words.

The rule is: a Latin word in which the penultimate vowel is short and not followed by a consonant cluster has its stress on the antepenultimate. (For a longer explanation, see my blog for 27 Oct 2010.) Native speakers are supposed to be able to have inferred this from such examples as deficit, stimulus, nebula, monitor, omnibus, which meet the structural formula and are stressed on the antepenultimate (here =first) syllable, as against such examples as aroma, gladiolus, dictator, hiatus (with a long penultimate vowel) and agenda, propaganda, protector, hibiscus, professor, bacillus, colossus (with a consonant cluster after the penultimate vowel; note that in English it is consonant letters that count, not consonant sounds) — which do not meet the structural formula and accordingly take penultimate stress. (The account in SPE is actually considerably more complicated. In English, nouns are subject, it is claimed, to a further rule that says we ignore the final syllable if weak and apply the Latin rule to the remaining stem; longer words of all word classes are then likely to be subject to other rules that shift the main stress elsewhere. We’ll ignore all that.)

No one ever explicitly taught me this rule when I studied Latin as a schoolboy, but I certainly absorbed it unconsciously, since I left school knowing where to stress any given Latin word appropriately (if I knew the quantity of the penultimate vowel). So to this extent Chomsky and Halle’s claim is perhaps justified.

Not so for Jeremy Paxman, as was evident from his hosting of Christmas University Challenge on BBC2 TV yesterday evening. Although he has a degree in English from Oxford, he doesn’t know where to stress Latin words. He asked the teams a question about the meaning of the Latin mottos engraved on the rims of our £1 coins.

We’ll forgive ˈtuːtəmen for what should be tuːˈtɑːmen , since the quantity of the middle vowel is not indicated in the spelling (though gravamen and stamen might have given him a hint). But the double ss in the spelling of lacessit indicates beyond doubt that it must be stressed ləˈkesɪt, not (as he had it) ˈlækesɪt.

What a good thing he didn’t have to attempt to pronounce the third of the £1 coin edge inscriptions — it’s in Welsh, about which I’m sure he knows even less than he does about Latin.