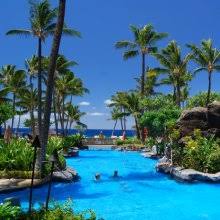 I wonder if you noticed the interview on TV yesterday on Channel 4 News with Christine LaGarde, French Finance Minister. My wife and I were marvelling at her excellent English (including her pronunciation) but wondering why she kept referring to "tax heavens" instead of "tax havens". We then remembered that the French for this is "paradis fiscal". I hope somebody has put her right now.

A lovely example, which segues neatly from yesterday’s post!
Mme LaGarde’s English is indeed much too good for her to confuse eɪ (as in haven) with e (as in heaven). But with heaven being a near-synonym of paradise, one can understand the confusion.
It suggests that she has learnt the English expression tax haven by hearing it used in context, rather than by encountering it in the course of reading.
Strangely enough, I was discussing this topic just a few days ago (27 March) in my other blog. English haven has moved away from its historical meaning ‘harbour’ to its current meaning, a refuge.
Where English speaks of a tax haven for those reluctant to pay taxes in their home country, French, German and Spanish speak of a paradise (paradis fiscal, Steuerparadies, paraíso fiscal).
But the Slavonic languages go a different route: in Russian they call it an оффшорная зона (ʌfˈʃoɾnəjə ˈzonə, offshore zone), and in Polish terytoria offshore. The Japanese follow English with タックス・ヘイヴン (takkusu heivn).
At least, that’s how the various Wikipedia articles are entitled in the respective languages.
Posted by John Wells at 21:01