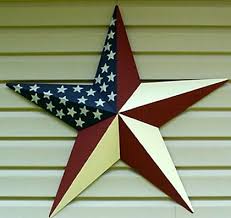 BBC Radio 4 has a programme called Americana. (For the next few days it is available on the BBC iPlayer, or as a podcast, here.)
The various presenters and announcers cannot decide how to pronounce the title. They agree that it ends -ˈkɑːnə. But how does it begin? Is it əˌmerɪ-, with the secondary stress on the second syllable? Or ˌæmərɪ- (or even ˌæmerɪ-), with the secondary stress on the first syllable? The continuity announcer goes for the second syllable, just as in America, but the presenter Matt Frei goes for initial stress.
It reminds me of the difference not only in meaning but also in pronunciation between German eventuell ˌeːvɛnˈtu̯el and Enɡlish eventually ɪˈventʃuəli. Or (perhaps better) between the two meanings of English certification. According to Daniel Jones, and I tend to agree with him, the nominalization of to certificate is səˌtɪfɪˈkeɪʃn̩, but the nominalization of to certify is ˌsɜːtɪfɪˈkeɪʃn̩.

The uncertainty over secondary stress placement and possible vowel reduction in Americana is good news for EFL learners, since it suggests that for this and perhaps many other rather arcane words it doesn’t terribly matter \what you do.
Posted by John Wells at 16:04