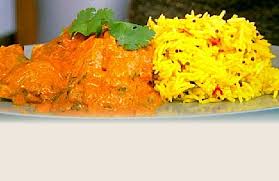 People who do not know phonetics often attempt to describe particular speech sounds by labelling them ‘soft’ or ‘hard’. The trouble is that these terms can mean quite different things to different people.

In Russian and other Slavonic languages they are well-established as meaning ‘palatalized’ and ‘non-palatalized’ respectively (which in Irish would be ‘slender’ and ‘broad’). But an English ‘soft’ C is one pronounced [s]. A Hiberno-English ‘soft’ t is a fricative.

Now consider this quote from the Wikipedia article entitled Tikka.

So what is the phonetic difference?
After some research I was able to track down the two Hindi tikkas. The “soft” one, the one we know from chicken tikka masala (“Britain’s favourite dish”) is written टिक्का, transliterated as ṭikkā, IPA [ʈikkɑː].
The “hard” one appears to be a regional variant of the word usually written as tilak, the mark on the forehead of a Hindu.

In Nepal, Bihar and other regions, the tilak is called a tika (टिका)

…which in IPA is [ʈikɑː].
It would seem, then, that the difference is nothing to do with the t-sounds: both are retroflex and unaspirated. The difference is in the k-sounds. In one word the velar plosive is geminated; in the other, not.
I think that could have been more clearly expressed.
Posted by John Wells at 14:56