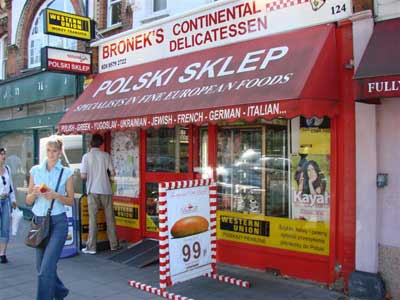 I returned from the Caribbean to find the newspapers excited about newly released data from the 2011 census showing that Polish is spoken by over half a million people in the UK, making it now our third most widely spoken language after English and Welsh. The Guardian launched into an editorial that started off full of phonetic technical terms …

With its mind-bending plosives, tongue-twisting fricatives and terrifying affricates, Polish is not the easiest of languages to master. Try saying Szczebrzeszyn (sounds a bit like shtebdeshin) for the merest hint of the challenges involved.

…before degenerating into ignorant silliness.

To non-Polish speakers, just saying hello sounds more like a polite sneeze than a greeting, while the combination of z with almost every other consonant creates a palette of snuffles that can be distinguished only with the most diligent study.

Why Polish plosives should be ‘mind-bending’ when English ones are presumably not is far from clear. For many NNSs I suspect that the English fricative system, with its unfamiliar θ and ð, is at least as ‘tongue-twisting’ as the Polish system with its unfamiliar x, ɕ and ʑ.

But I cannot help suspecting that is not the sounds of Polish that seem full of ‘terrifying’ ‘challenges’ so much as the unfamiliar orthographic conventions. The spellings cz, rz, sz, far from ‘creating’ a palette of snuffles, are merely unfamiliar ways of spelling sounds very similar to those we spell in English inconsistently with ch or tch (as in chop and catch) for the first, with s, z or g (as in vision, seizure and beige) for the second, and with sh, ti, ssi or various other possibilities (as in shop, position, passion, ocean, sugar etc.) for the third. OK, the Polish ʈʂ, ʐ, ʂ sound a bit ‘darker’ than English tʃ, ʒ, ʃ, being somewhat more retroflex and less palatal; but that needn’t worry us. 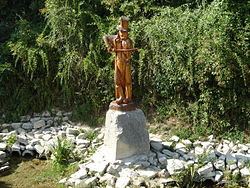 The town of Szczebrzeszyn ʂʈʂɛˈbʐɛʂɨn features in the longer version of a famous tongue-twister that Poles always try to get foreigners to perform: chrząszcz brzmi w trzcinie ‘a beetle is buzzing in the reed(s)’, xʂɔ̃wʂʈʂ bʐmi ft-ʂtɕiɲɛ, sometimes extended with w Szczebrzeszynie ‘in Szczebrzeszyn’ fʂʈʂɛbʐɛˈʂɨɲɛ. (Hope I’ve got all that right.)

I leave it to you to decide whether or not the Polish for ‘hello’, cześć ʈʂɛɕtɕ, ‘sounds like a polite sneeze’.