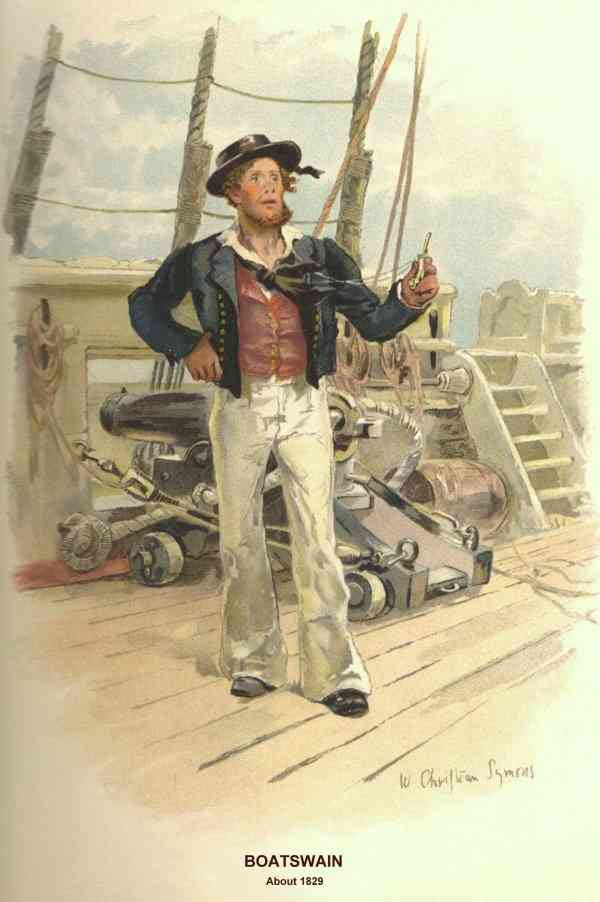 Quite a few people in Montserrat have the surname Boatswain. Presumably that means they had some ancestor whose job was just that: boatswain on a sailing ship. He was the officer in charge of equipment and crew.
A ship’s boatswain is usually pronounced ˈbəʊs(ə)n, as correctly though awkwardly shown in the OED. The word is often spelt correspondingly as bo’sun, bosun, or bo’s’n. These spellings are not shown in the OED under boatswain, although it has a separate entry for bosun, bo’sun.
However the Montserratian surname Boatswain is pronounced as spelt, which locally means ˈboːtsweːn.
I don’t know anyone without Montserratian connections who bears this name. 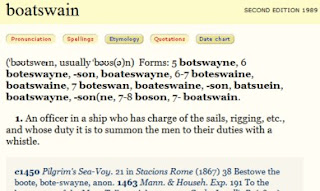 —
I shall be in Belgrade for the next few days, at the Second Belgrade International Meeting of English Phoneticians. Providing my hotel has decent connectivity, I will continue posting from there.
Posted by John Wells at 08:02