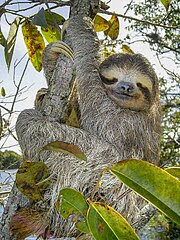 Everyone knows that some English nouns ending in f have an irregular plural in which the f changes to v: leaf – leaves, wife – wives, shelf – shelves. Everyone knows this because the spelling changes. (Under the heading of “everyone” I suppose we must exclude certain Scottish people, since if I am not mistaken in Scotland the plural of wife is often wʌɪfs.)
Not so many people are aware that there are several nouns in θ and one in s that exhibit the same alternation, namely the change from a voiceless fricative to a voiced one before the plural ending is added. Thus we have mouth – mouths, truth – truths, house – houses. Hah! the spelling doesn’t show this. But it’s there in the pronunciation: maʊθ – maʊðz, truːθ – truːðz, haʊs – ˈhaʊzɪz.
There are also plenty of nouns ending in a voiceless fricative that behave regularly: cliffs, graphs, coughs; faiths, deaths, osteopaths — and all the remaining nouns in s plus all of those in ʃ (buses, kisses, rushes, dashes).
The list of those that switch voicing is closed: new coinages or borrowings behave regularly. The list of nouns in th that exhibit the alternation is quite short: baths, oaths, paths, sheaths, truths, wreaths, youths, and even with these there are some speakers who treat one or more of them regularly.
At least — I thought the list was closed. But on the BBC R4 programme Home Planet this week I heard a science writer several times pronounce sloths as sləʊðz. (This animal name was touched on in this blog a few days ago.)
You may still be able to listen to the programme here.
Posted by John Wells at 14:03