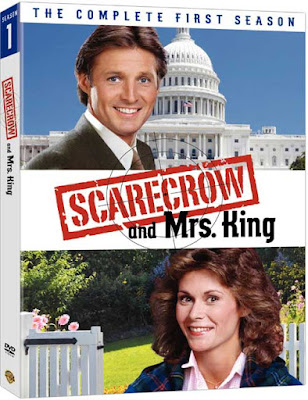 There seemed to be quite a bit of interest in my Christmas list (blog, 23 Dec). Among the comments an anonymous contributor identifiable from internal evidence as Jack Windsor Lewis supplied a link to his own list of potential mishearings.

Of the King family, Ma and Pa are really no trouble
(Marking is what teachers do to pupils' work and parking is the driver's stationing of a vehicle)
but their children may all turn up including
Baby Lee (leaking) Comedian Joe (joking)
Gardener Ray (raking) Counterfeiter Fay (faking)
Creative May (making) Scandinavian cousin Vi (viking)

Note that these are in a list headed Failure to … make pre-fortis reductions. The point is that Ma King — even when King loses its accent because of this particular King standing in contrast to all the other Kings, thus ˈmɑː kɪŋ — remains phonetically distinct from marking (non-rhotic) ˈmɑːkɪŋ because her first syllable is not subject to pre-fortis clipping (= reduced duration before a voiceless consonant), which is blocked by the syllable/word boundary between Ma and King. The ɑː in marking ˈmɑːkɪŋ, on the other hand, is subject to pre-fortis clipping. The effect is more noticeable in close vowels, as in Lee King vs. leaking.
In the first example in Jack’s “miscellaneous” list, at anchor vs. a tanker, the crucial phonetic difference is absence vs. presence of aspiration. When the ship’s at anchor, the t is syllable-final, and is accordingly weakly pronounced and susceptible to such possible processes as t voicing (AmE) and glottalling (Cockney). But when the ship’s a tanker the t is syllable-initial, and therefore strongly pronounced with aspiration.
Jack’s lists may be interesting to study because in almost all cases there is some phonetic difference involved, which it may be fun for EFL students to work out.
In the fifties and sixties structuralist phonemics was extremely interested in such “juncture pairs”, as they were known.
Anyhow, those of you who do not live in Britain may not be aware that the satirical fortnightly Private Eye has for some months now been running readers’ letters signed with improbably appropriate names. The current batch includes these.

Sir,
Pseudo Names will not be over until the fat lady has sung her last carol.
CY LENT-KNIGHT HOLLY KNIGHT
ALISSA KALM
ALICE BRYTE.

Sir,
Will there be a special Christmas edition of Pseudo Names? We certainly hope so.
DEE HOLLY
ANDY
IVY.

Sir,
I trust that Private Eye will be celebrating the Yuletide season with a traditional, holly-draped cover story?
MARY KRIST (Ms)

Sir,
Have you any plans for a compendium of Pseudo Names?
CHRIS MASPRESENT.

Sir,
Please don’t leave the Pseudo Names without a home this Christmas.
A WAY
IAN A. MANGER
NOAH CRIBB-FAWE
A BED.