The National Theatre of Wimbledon 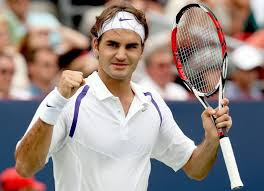 Keith and Sybil Thomas, in a letter to the editor published in Saturday’s Guardian, ask

Are we the only people who, on saying they were going to see Phèdre, were asked whether we expected him to win at Wimbledon?

The tennis player Federer is ˈfeːdəʁɐ in German, ˈfedərə(r) in English. The schwa in the middle of his English name meets the conditions for combining with the following r to give a syllabic r, which in turn can become non-syllabic by the process of compression: ˈfedrə.
Racine’s play, Phèdre, is in French fɛdʁ(ə). I suppose in English that’s ˈfedrə or ˈfeɪdrə. So in an English context confusion with the tennis player is only to be expected.
Posted by John Wells at 13:15