The village of Chideock in Dorset has been in the news recently because of an imaginative protest against the heavy goods vehicles speeding along its main street, which also forms part of a through route, the A35. Protesters are repeatedly operating the pedestrian crossing button so as to force the traffic to stop. 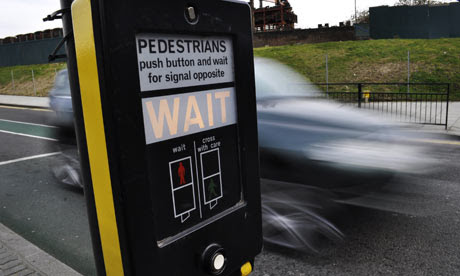 How do we pronounce Chideock?

The origin of the Name Chideock is uncertain; it possibly comes from an Old English word 'coediog' which means 'wooded' or 'woody'. Alternatively, it may have derived from 'Cedda's Oak' - Cedda being a common Anglo-Saxon name.

I have news for whoever wrote this. Coediog is not an Old English word. It is Welsh. It is the adjective from coed, the Welsh for ‘trees’ (Celtic *cę̄d ). If it is indeed the origin of the name of the village, it must of course have been adopted into their own language by the Anglo-Saxons who took it over. But it would have been a loanword. (Compare Eccles in Lancashire, from the Celtic word that gave us modern Welsh eglwys ‘church’, itself from Latin ecclēsia, in turn from Greek ἐκκλησία).

As an element in placenames, coed may be familiar even to those who do not know Welsh, from the placenames Betws-y-Coed in north Wales (‘chapel of the wood’) and Cyncoed, a suburb of Cardiff (= cefn coed ‘back of wood’).

In Buckinghamshire, the village of Chetwode ˈtʃetwʊd near Aylesbury shows us an OE wudu added to explain the Celtic *cę̄d. Its name means ‘wood-wood’, just as Pendle in Lancashire is ‘hill-hill’.
Posted by John Wells at 08:31