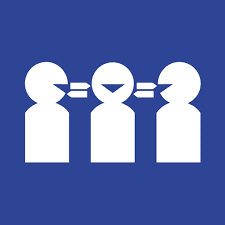 There are two English words beginning inter- which have an unexpected stressing: interpret and interstice. Looking at the spelling you might expect *ˈɪntəpret and *ˈɪntəstɪs. What we actually have is ɪnˈtɜːprɪt and ɪnˈtɜːstɪs.

I am not clear what the historical reason for these oddities is. Consider first interpret: nearly all other trisyllabic verbs in inter- have final stress: interact, interbreed, intercede, intercept, interdict, interfere, interject, interlace, interleave, interlink, interlock, intermix, interpose, interrupt, intersperse, intertwine, intervene, interweave. The only other exceptions seem to be the initial-stressed interest and interview: both are presumably to be explained as denominative.
The best explanation that I can come up with for interpret is that the word may originally have been borrowed as a noun, from Latin interprēs, interprĕt-. Then, if we apply the SPE main stress rule for nouns, we disregard the final vowel because it is short (in the Latin oblique stem) and place the main stress on the preceding vowel, followed as it is by a strong cluster (-rpr-). This stressing is unaffected when we convert it to a verb.
Unfortunately the OED shows the verb interpret as first attested in English in 1382, two hundred years before the noun interpret ‘interpreter’, now obsolete, which has only a single citation, from 1585.

Turning to interstice: the OED gives an alternative stressing (initial), but eveyone else shows it only with penultimate stress. All other trisyllabic nouns in inter- have initial stress: interchange, intercourse, interface, interlude, internet, interplay, Interpol, interval, interview.
My first thought on interstice was that it is what we get if we apply the SPE main stress rule for nouns (and this one really is a noun). Again, we disregard the final short vowel and place the main stress on the preceding vowel with its following strong cluster (-rst-).
The only problem with this solution is that it doesn’t explain why the same rule doesn’t apply to internet and interval, which by this logic ought to be ɪnˈtɜːnɪt and ɪnˈtɜːvəl. (They are the only nouns in our list with a short vowel in the final syllable.)
As so often with Chomsky and Halle, you find that the rules work beautifully some of the time, but you have to tie yourself in knots to explain why they don’t apply to all cases that apparently meet the structural description.

I’m not going to mention interment, in which there is an etymologically different inter, not the prefix but a different prefix (in-) plus stem (-ter-).
Posted by John Wells at 15:19