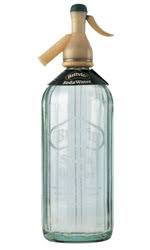 In Buenos Aires there is a barrio (neighbourhood) called San Telmo, where last week I visited an interesting open-air art and antiques market. (Who on earth buys old soda syphons? There were two stalls specializing in them alone.)
The name San Telmo naturally reminded me of the English St Elmo, patron saint of sailors, martyr, died c 303, formally known as St Erasmus of Formiae.
We all know him because of St Elmo’s fire, “an electrical weather phenomenon in which luminous plasma is created by a coronal discharge originating from a grounded object in an atmospheric electric field (such as those generated by thunderstorms or thunderstorms created by a volcanic explosion). … The phenomenon sometimes appeared on ships at sea during thunderstorms, and was regarded by sailors with religious awe, accounting for the name.” [Wikipedia].

Are Telmo and Elmo the same name? Are we talking about the same saint? Has Spanish just moved the final t of san(c)t- into the following syllable, rather as English and French moved the initial n of Arabic nāranj into the preceding article to leave orange, or OE nædre became modern English (an) adder? (There’s a name for this process, but for the moment I can’t recall it.)
Probably yes, it’s the same name: but probably not the same saint. According to Wikipedia, the Spanish “Saint Telmo or Saint Elmo” was a priest born in 1190 in Spain, never actually canonized though given the courtesy title of Saint.
Both Elmo and Telmo, I learn, are diminutives of Erasmus, though it’s not clear to me why or how the latter became the former.
Posted by John Wells at 17:49