In the male-voice choir I belong to we warm up thoroughly at the start of every rehearsal. This involves body mobilization like the exercises that actors do, humming, and singing scales to syllables such as ba, mɛ.
After that we sing scales to words. One exercise we often do involves going up and down doh-mi-so-dohʹ…doh…, usually to the words I am a zebra (with /e/, of course, not /iː/, because we’re mostly British) or I am a walrus (where some sing /ɔː/ and some /ɒ/, as you might expect). 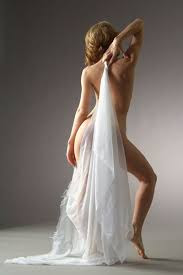 But there’s another set of words we sing to this that I don’t know how to spell. Phonetically they go ˈbe la se ˈnjɔ ra. Presumably they mean “beautiful lady”: but in what language? Probably most people in the choir think they’re Spanish, though the sprinkling of native speakers of Spanish that we have could quickly disabuse them: señora is fine, but not *bela. They’re not Italian, either: here bella is fine, but not *segniora.
No, this phrase is a hybrid. The first word is Italian (sort of), the second one Spanish (sort of — we can’t manage a proper ɲ, of course). I wonder where it came from.
And before you ask, it’s not Esperanto either.
Posted by John Wells at 15:09