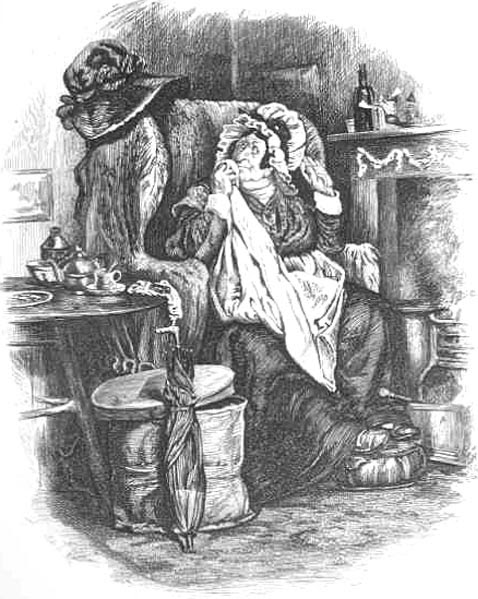 It appears that the Londoners of a century or two ago sometimes interchanged or confused the sounds v and w. Dickens certainly portrays this in his literary representation of Cockney: Mrs Gamp in Martin Chuzzlewit says on the one hand “wery best” and “[the] walley of the shadder [of death]” and on the other hand “vich” for ‘which’.
In Pickwick Papers we find

I may trust you as vell as if it was my own self. So I’ve only this here one little bit of adwice to give you!

(Notice that in this second passage “I’ve” and “give” presumably had the usual v and “one” the usual w.)
Writing in 1936, H.C. Wyld recalled the use of [w] in place of [v] as a jocular usage among middle-class speakers in the nineteenth century. It is utterly unknown in Cockney today. (Accents of English p. 333)
The OED (second edition, 1989) says

In south-eastern English dialects the change of v- to w- does occur, and older representations of Cockney speech exhibit a converse change of w- to v-, which recent investigators have been unable to verify as still existent.

In present-day English such occasional interchange of the two consonants has been reported from parts of the Caribbean, particularly the Bahamas (Accents of English, p. 568 and 589).

I was accordingly delighted when a workman in Montserrat, exchanging gossip about local events, told me that in his view a certain person was a ˈwɪlən (villain).
I had never previously encountered this in Montserrat, although George Irish (see yesterday’s blog) does list one such entry.

warmunce - vermin; a mean or base person

With the dubious exception of Bahamian, where the two sounds may conceivably be in complementary distribution, all core native varieties of English, including Cockney and Caribbean, appear to have a firm phonemic contrast between v and w. (In parts of Jamaica and perhaps elsewhere there may be some confusion between v and b, but that is another story.)
Indian English is notorious for often lacking this phonemic contrast, with the two consonants being merged as ʋ (a labiodental approximant). This is often perceived by non-Indians as w, so that for example a maths teacher of Indian origin in a British school acquired the nickname “Mr Wortical” because of the way he pronounced vertical.
In the EFL world Hungarians are notorious for being deaf to this contrast and for using v in place of w. This is also part of the popular stereotype of a German accent, although nowadays most German speakers of EFL seem to have mastered the contrast.
Posted by John Wells at 10:21