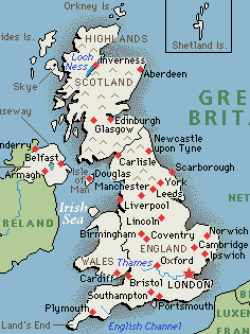 The other thing that Denis Lyons (blog, 16 June) told me he was concerned about is what he describes as the use of

a pronounced "t" sound for the more silent version (in words such as Britain, little, etc.) …

I think what he is referring to is actually a change in the treatment of the nasal or lateral that follows the t, namely the replacement of the syllabic n or l by a sequence ən or əl respectively.

The same thing happens with d in this environment, as in garden and middle, where alongside traditional ˈɡɑːdn̩ and ˈmɪdl̩ you can also hear ˈɡɑːdən and ˈmɪdəl, ˈmɪdo. It’s not primarily a change in the plosive as such but a change from a syllabic consonant to a schwa plus nonsyllabic consonant.

This tendency to avoid nasal/lateral release has indeed often been commented on. People have sometimes characterized the result as sounding ‘childish’.

There is also a third possibility with the t in words such as Britain, little. That is the use of a glottal stop ʔ rather than an alveolar t before the syllabic consonant, giving ˈbrɪʔn̩, ˈlɪʔl̩. The former often seems to pass unnoticed; the latter may attract attention.
Cruttenden says (Gimson’s Pronunciation of English, seventh edition, p. 180):

Use of [ʔ] to replace /t/ [sic] … before syllabic [n̩] … was until recently stigmatized as non-RP but … [is] now acceptable in London Regional RP.

He refers to Anne Fabricius’s article ‘Ongoing change in modern RP: evidence for the disappearing stigma of t-glottalling’, English Worldwide 23: 115-136.
Posted by John Wells at 08:33